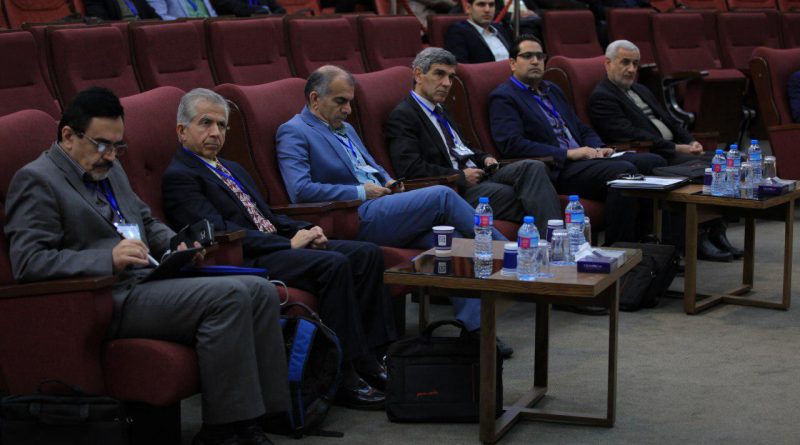 The 4th International Conference on Structural Engineering was held on the 17th and 18th of February this year at the Tehran Olympic Hotel Conference Hall.

After reading Quran and the anthem of the Islamic Republic of Iran, the program moderator welcomed guests and explained the conference program for the invitees.

In the following, Dr. GholamReza Havaei, president of the Iranian Society of Structural Engineering welcomed international and national guests.

The president of the Iranian Society of Structural Engineering referred to the need to promote engineering thinking in the construction of the country, mentioned a number of events such as Fire events of Plasco building and the building of the Ministry of Energy, called all to make comment on engineering expertise a top priority and do not comment outside of their expertise.

He further emphasized the importance of architecture in structural engineering and, with examples of beautiful and affectionate structures in the world, reminded the need for a review of future engineering designs of Iran and the world, pointing out that structures are always being seen by public and they should feel a sense of tranquility and beauty and should not induce stiffness and frivolity.

For example, bridges, while having a constructive role for transit, should have beautiful, thin geometries and shapes, and have taken advantage of the new systems of the world.

The president of the Iranian Society of Structural Engineering referred to other activities of the ISSE, publication of articles in the scientific/academic journal of “Structural and Construction Engineering (JSCE)”, holding seminars and training courses, research projects and other activities of the ISSE, and with the presence of about 6,000 members, he called for the recruitment of graduates and their guidance by executive directors of the companies, and reminded the audience about the readiness of the ISSE for this matter.

Professor Mehdi Saiid Saiidi, a professor at the University of Nevada who is chairman of the Department of Structural Engineering, talked about Bridge Columns and Systems of the Future-Resilient and Deconstructible. In this regard, he highlighted the importance of the seismic design of the bridges, and he exampled his work in the United States and finally described the problem of new seismic design for the audience.

Later, Professor Jorge de Brito who is professor at the University of Lisbon in Portugal spoke on Concrete with Multi-Recycled Crushed Concrete Aggregates. Referring to the importance of concrete in modern buildings, he mentioned the design of recycled concrete.

In the following, Dr. Antonio, lecturer of the University and instructor from Italy, presented some courses related to seismic design of structures.

Then, Professor Ghafouri Ashtiani, a professor at International Institute of Earthquake Engineering and Seismology, reminded us of the challenges facing construction in Iran. Professor Ghafouri Ashtiani, referred to the existence of good laws in the country and the perspective of the general policies of accidents approved by the Supreme Leader, criticized how the executive and legislative departments of the country functioned in using the country’s scientific and engineering capabilities and criticized monitoring of the policies.

The final speaker of the opening ceremony was Dr. Rezaei who is the head of the Civil Affairs Committee of the Islamic Consultative Assembly. Dr. Rezaei pointed out the actions of the Islamic Consultative Assembly on the preparation of laws and regulations for the construction of the country, and pointed out the importance of engineering education in this regard, referring to the figure of 6,000 billion Toman that needed to be complete started projects and added that strategies must be start in the country to meet the needs of the country.

The final part of the ceremony was the introduction of distinguished engineers and construction contractor with gifts that were presented to them in the presence of Dr. Rezaei, head of the Civil Affairs Committee of the Islamic Consultative Assembly, and Dr. Havaei, the president of the Iranian Society of Structural Engineering, as follows:

It is worth mentioning that the introduction of these people was made after evaluations made by the Referees Committee of Engineers and Builders of the Iranian Society of Structural Engineering, which was honored in IRAST2018.

After pray and lunch, two specialized lectures were held by Professor Mehdi Saiid Saiidi and Dr. Antonio, entitled the rapid construction of conventional bridges with earthquake-resistant joints and the training of SeismoStruct and SeismoSignal software.

Also, the president of the Iranian Society of Structural Engineering (ISSE) and a number of officials attended the exhibition, and at the same time familiarized themselves with the products and services provided and they talked closely with the booth representatives.

On Sunday, 18/02/2018, two lectures by Professor Brito, professor at the University of Lisbon, and Professor Qodrati Amiri, Professor at the Iranian University of Science and Technology, were held respectively entitled issues related to concrete designs with recycled aggregates in accordance with the Eurocode2 and the design of new seismic systems for buildings. Also, on Saturday afternoon and Sunday morning, oral sessions were proceeded with presence of three jury members in three separate halls and the posters were presented to the audience.

National and international academics were present at the ending ceremony. At the ceremony, according to designated quiz for the competition on the opening day, two persons who answered the questions correctly were awarded and a prize given by the president of the Iranian Society Structural of Engineering (ISSE).

Also, the colleagues who had been working in the conference were honored by Dr. Havaei. In the end, a collaboration agreement was signed in the presence of the president of Iranian Society Structural of Engineering (ISSE) between a number of participating domestic and foreign companies and academics. Dr. havaei, president of Iranian Society Structural of Engineering (ISSE), at the closing ceremony, thanked all international and domestic guests for the suffering of traveling and all the executive and scientific colleagues, and apologized for any shortcomings. At the end of the closing ceremony, the participants took photographs with conference officials and academics.