The main aim of this project is to introduce in the European practice a qualification procedure for the design of moment resisting connection in seismic resistant steel frames, in compliance with EN1998-1 requirements. Further aims of the project are to qualify a set of standard for all-steel beam-to-column joints, and to develop prequalification charts and design tools that can be easily used by designers. The project is also intended as a pre-normative research aimed at proposing relevant design criteria to be included in the next version of EN 1998-1. Besides it would contribute to the advancement of knowledge in the field of seismic behaviour of steel moment resisting joints usually adopted in moment resisting frames (MR), in unbraced bays of dual moment-resisting/concentrically braced frames (MR+CB) and in moment-resisting/eccentrically-braced frames (MR+EB).

The cyclic behaviour of beam-to-column joints has a crucial role on the overall seismic response of both MR and dual frames. Recent studies highlighted the influence of joint rotation capacity on the seismic response of mid-rise MR frames designed according to EN 1998-1-1. As for dissipative zones, EN 1998 allows the formation of plastic hinges in the connections in case of partial-strength and/or semi-rigid joints, provided that the following requirements are verified: i) the connections have a rotation capacity consistent with the global deformations; ii) members framing into the connections are demonstrated to be stable at the ultimate limit state (ULS); iii) the effect of connection deformation on global drift is taken into account using nonlinear static global analysis or non-linear time history analysis. At the present time, EN 1993-1-8 provides models to compute the strength and the stiffness of connections but no reliable analytical tools are available to predict the rotation capacity and the cyclic performance in relation to the connection typology. EN 1998-1 requires design supported by specific experimental testing, resulting in impractical solutions within the typical time and budget constraints of real-life projects. As an alternative to design supported by testing, the code prescribes to find existing data on experimental tests performed on similar connections in the literature. It is clear that this procedure is unfeasible from the designer’s point of view. On the other hand, although EN 1993-1-8 provides rules for full-strength joints, it is necessary to guarantee that these joints could have flexural overstrength larger than the beams which are connected, with plastic hinge located at the end of beams. As a matter of fact, due to the variability of steel strength and to the actual post-yield flexural overstrength of steel beams, these connections could not have enough overstrength. Indeed, the minimum joint extra-strength required by EN 1998 is 1.1×1.25 Mb.rd (being Mb,rd the beam plastic moment) could be largely overcome in many cases. In addition, it is necessary to give effective rules to control the column web panel. In fact, in non – dissipative joints the web should behave elastically, while in those dissipative web contribution to total plastic joint rotation should be under 30%. Hence, in such cases plastic rotation capacity must be prequalified by tests and numerically based procedures. In contrast to current European design methodology, the approach used in other countries with high seismic hazard is based on codified and easy-to-use design tools and procedures. In particular, following the widespread damages observed after Northridge and Kobe earthquakes, North American practice was directed at prequalifying standard joints for seismic resistance. The design approach based on prequalification would certainly be of interest for the European industry, especially if the spin-offs related to the use of simple and reliable design tools are considered. A number of European research projects have been carried out in the past aimed at investigating the effects of previous issues on the behaviour of steel joints, but none was devoted to the prequalification process of selected connections. Of course, the existing database of experimental results (i.e. SERICON and RECOS) represents an important starting point to deepen and examine the open issues affecting the seismic behaviour of connections, which are: Effect of different steel grades of beams and columns on connection performance; The influence of stress concentration in the welds on the low cycle fatigue; Role of panel zone yielding in shear on the connection behaviour; Geometric parameters of the connection including beam depth, flange size and weld size; Strain rate and dynamic effects; Load and deformation history. All the previous parameters affect the yield mechanisms and failure modes which are the factors controlling both the resistance and ductility or rotational capacity of the connection. The prediction of yield mechanisms, failure modes, and the resistance associated with them are far from being understood. This is a crucial issue to be deepened to rationally use each connection type in seismic design. Following the previous considerations, it is proposed to develop a guide for the design of the connections specifically for the European market, including design rules and detailing. In line with the US practice, this project will provide an operative tool for the design of typical beam-to-column connections adopted in Europe. In such a way, designers can directly use pre-qualified connections without performing experimental test and/or literature reviews as long as the connection design, detailing and quality assurance measures are covered by the prequalification process.

Pre-qualified connections will simplify the design and certification because: (i) designers do not have to perform and present test data; (ii) the responsible authority does not have to carry out the conformity assessment each time a design includes such joints. 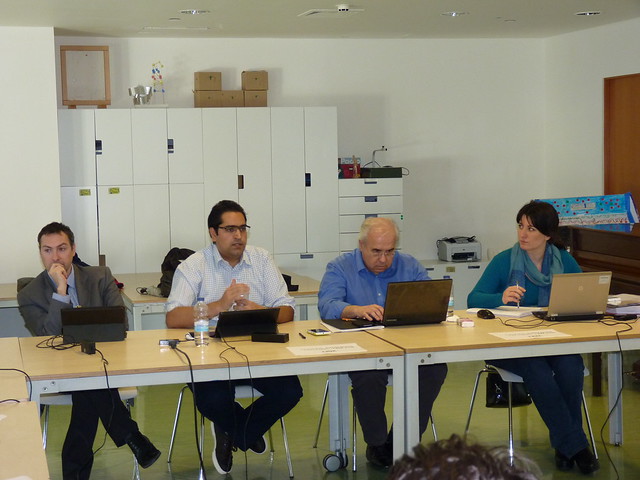